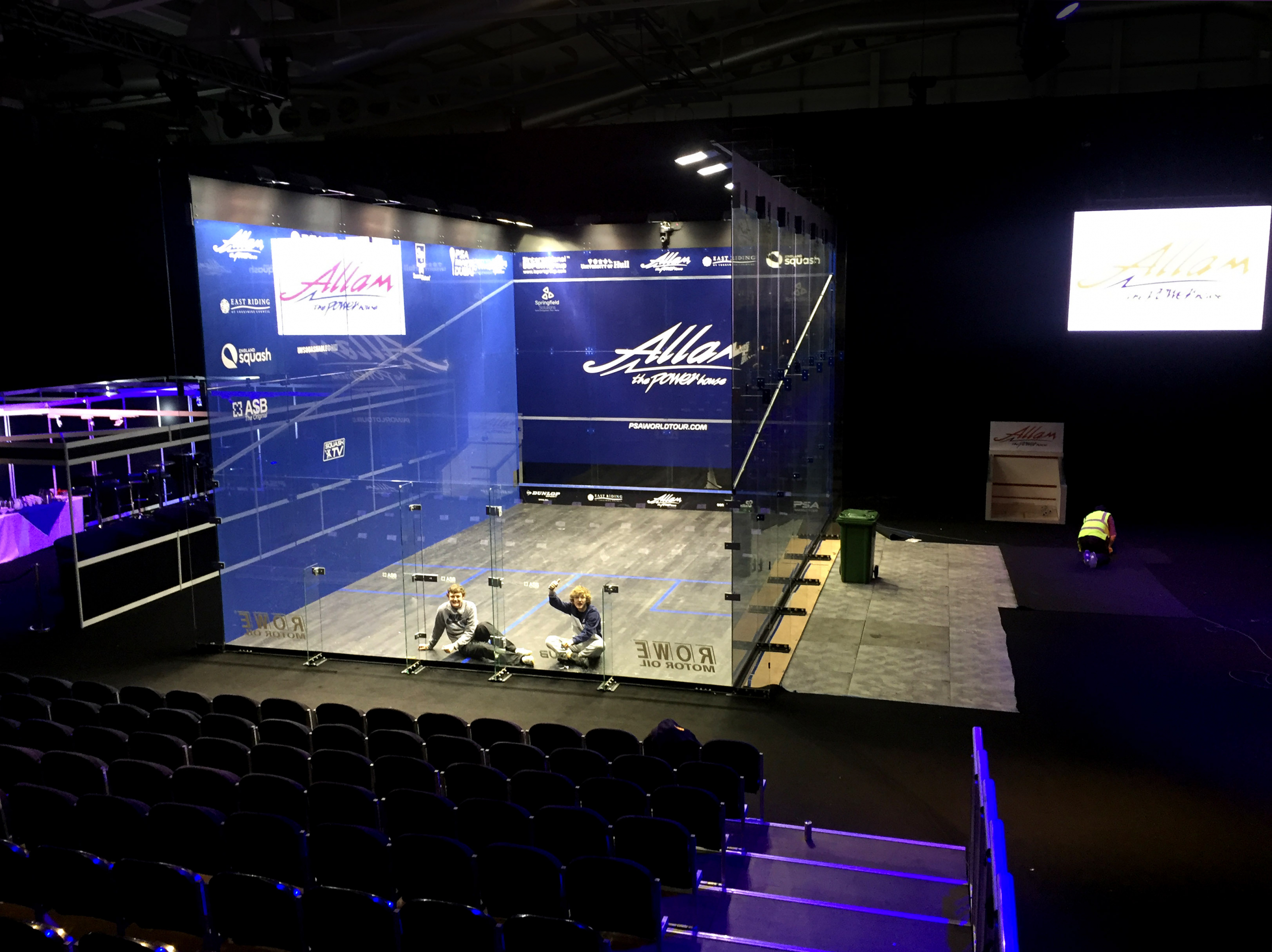 A regular request at UK Rigging is the creation of a ‘black box’ of wool serge drape to create rooms within rooms or to make the inside of a venue look aesthetically pleasing.

STS Touring called upon UK Rigging to provide exactly this, a 158m black draped outer box for the Allam British Open Squash Championships at the Airco Arena in Hull. Additional trusses were also installed for lighting, video and PA.

For the event, UK Rigging provided all truss, hoists, drape, rigging personnel and MEWPs required. Due to carefully taking time to make the hook heights as high as possible, we were able to increase the trim height of the drape line. Much to the clients delight, the drape truss was raised by 450mm beyond what they thought was possible in the venue.