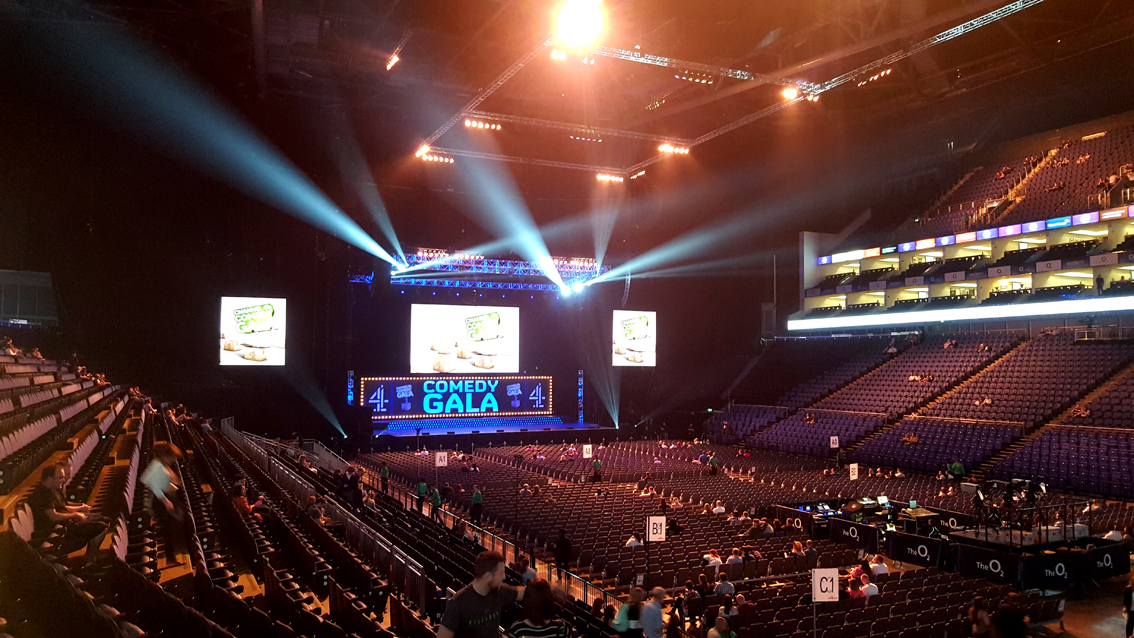 UK Rigging has just supplied the rigging for Channel 4’s sixth annual Comedy Gala. Filmed live at the O2 Arena in London, the production will be broadcast later in the year by Channel 4.

Because the show was filmed, large truss arrangements were rigged over the audience to position the lighting required for the cameras.

The flown follow spot platform was created from proprietary rigging and staging to create the ideal position for the follow spots to be located. Access is via a high speed temporary lift with several means of egress and rescue in case of emergency.

This year’s event had a flying performer element within the show and UK Rigging provided the rigging components required, working closely with the other disciplines creating a corridor between a number of production trusses and floor based equipment allowing the performance to proceed smoothly and with a good clearance on all sides.

Due to the limited entry options, access equipment selection was critical. With the only reasonable access being a 2.5mtr wide goods corridor and heights of 27m to achieve, UK Rigging called on their experienced team of Spider operators to access the lighting positions for focusing. Over the course of the evening, with a lighting technician for company, the operators accessed all the lighting positions required covering the whole of the O2 seating in lighting fit for TV.