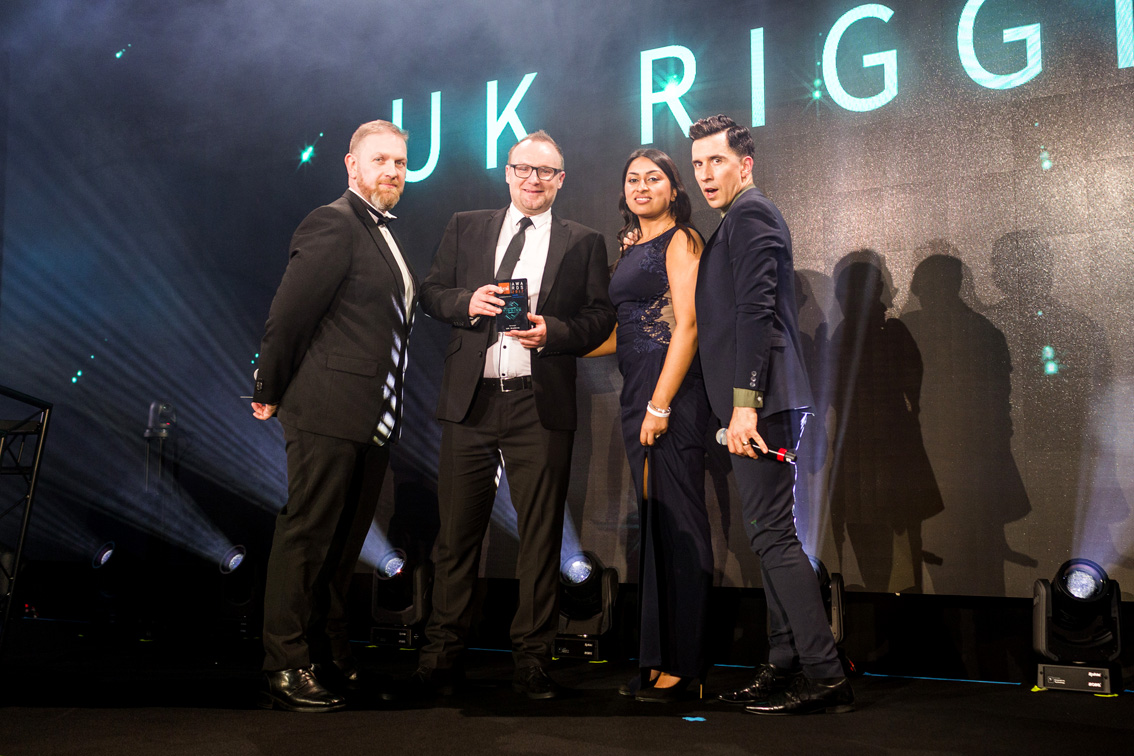 Once again, UK Rigging were the winners of the TPi Award ‘Favourite Rigging Company of the Year’. The popular magazine held the award ceremony on the 27th February at London’s Battersea Evolution. Multiple awards were presented across various categories such as ‘Rigger of The Year’ and ‘Favourite Sound Rental Company’.

“Unbelievable! Winning last year was a surprise but winning for the third year consecutive year was a complete and utter shock!! A very proud moment for us all!” said Paul.

“This was the first time I attended the TPI Awards and what a night! It was brilliant winning and collecting the award on behalf of the company.” added Jessica.

We would like to thank everyone who voted for us to win, and all our staff for their hard work, dedication and excellent attitudes, which made us the people’s favourite rigging company of 2017!