For the first time, UK Rigging exhibited at ABTT Theatre Show. The show was held on 6th – 7th June at Alexandra Palace in London, where UK Rigging occupied stand E12. 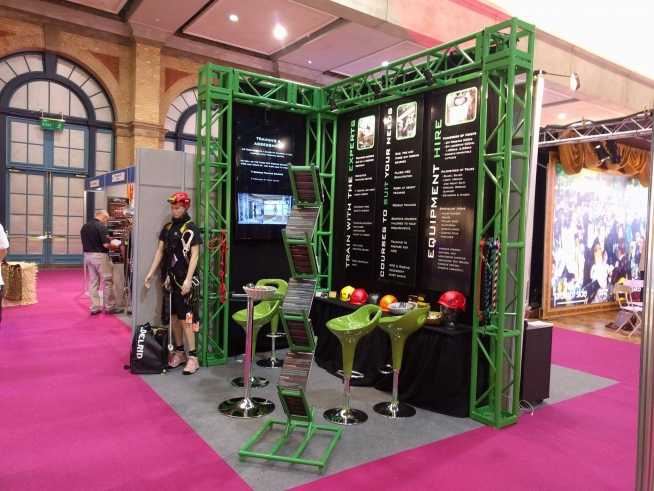 In contrast to previous exhibitions, a wider range of PPE was available to passing visitors to try on, including various hard hats.  Our new display mannequin, fondly nicknamed Manne-Ken, helped showcase the new Edelrid harness as well as various Petzl items. Due to how successful this was, UK Rigging will continue to provide a larger selection of PPE to view at future trade shows.

The next event UK Rigging will be attending is PLASA London at the Olympia on 17th – 19th September 2017 , stand A46. We hope to see you there!