Venue: Various across Glasgow and Edinburgh 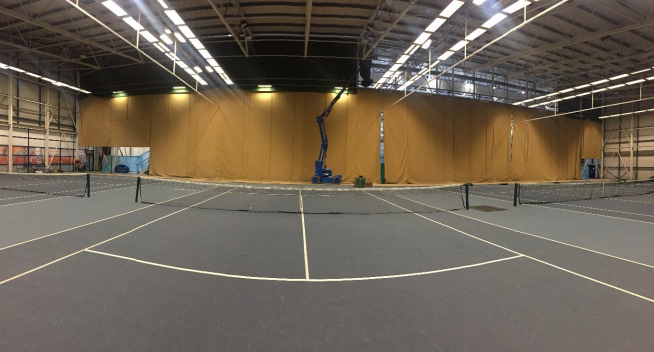 UK Rigging were asked to provide the rigging equipment for 7 venues across Glasgow and Edinburgh for the European Championships.

UK Rigging were also tasked with creating a bespoke HVAC curtain to divide a tennis centre in half. This was due to a swimming pool being built inside the centre for the synchronised swimming. The requirements for the curtain included it being mould and moisture resistant, as well as flame retardant. It had to have the ability to remove a large section of panels using rip cords in case of fire, without putting the public or stewards pulling the rip cords in danger.

UK Rigging installed 13 bays of drape, with the top 5m being removable using rip cords. This would allow the stewards to remove multiple panels quickly and easily in the event of fire. Thankfully this feature was not required during the event and was only used during pre-event testing to get approval by the on-site health and safety team. 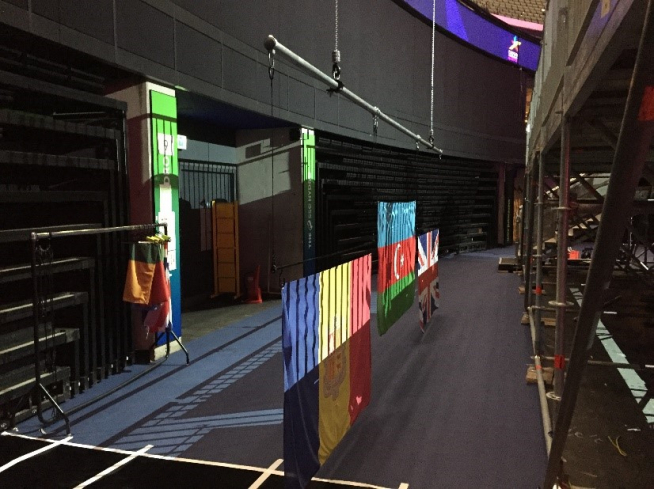 Finally, UK Rigging were asked to provide a flag raising system for 5 of the venues. We set up a customised wire drop system at each venue, and worked with groups of volunteers to provide a supervised system in each. This allowed the volunteers to alter the flag configuration between ‘Gold, Silver and Bronze’ to ‘Joint Winners’ within 30 seconds. This system was proved effective in the final flag ceremony of the championships, with a double bronze being awarded in the Men’s Horizontal Bars final.