Rising to the Challenge of Theatre 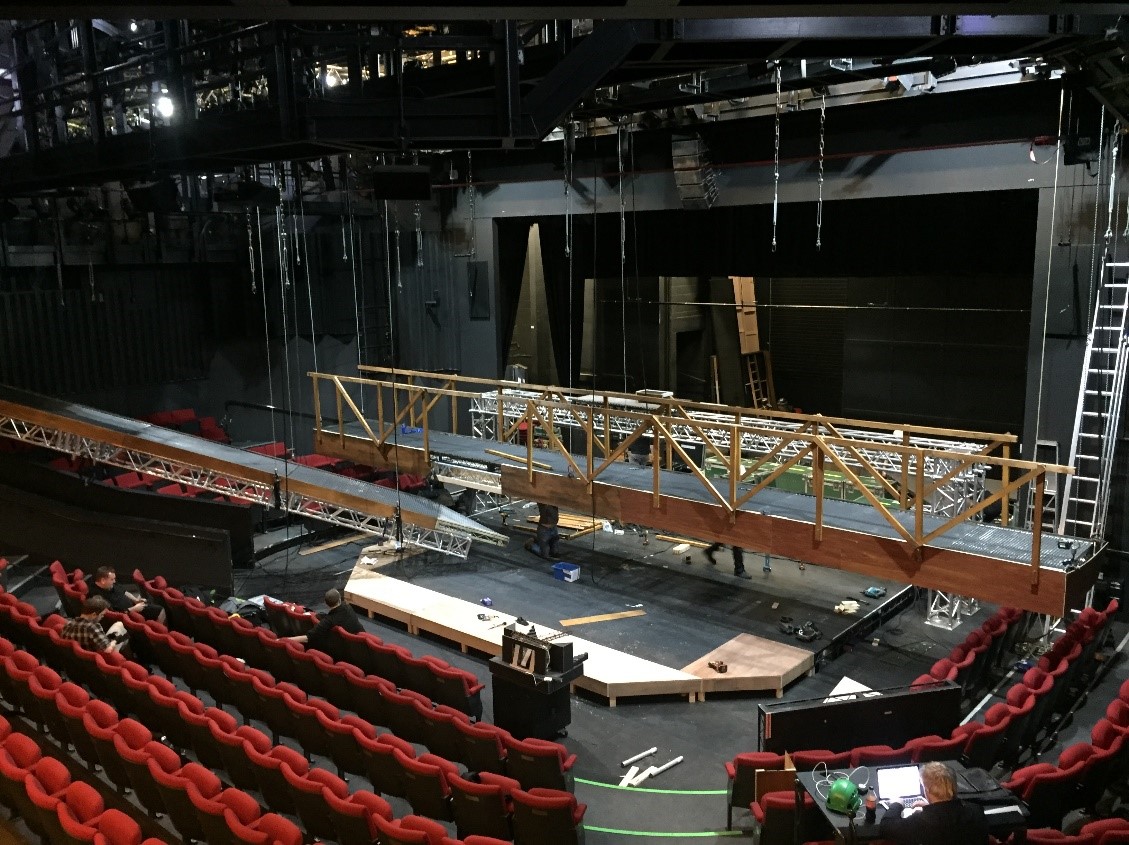 When UK Rigging were approached by Hull Truck Theatre to assist in their production of Oliver Twist their concept was in the process of being fleshed out and their designs finalised alongside creating an acceptable working budget.

Through discussions and a site visit it was quickly realised that their overall design would need to be slightly reduced however UK Rigging worked closely with the theatre to provide cost effective solutions allowing the theatre to maintain the majority of the rigging element and reducing the cost through a variety of measures.

During the run up to the event the UK Rigging project team worked closely with the set designers creating a custom walkway allowing the actors to travel over the heads of the audience and down to the stage over a series of floating catwalks on various levels to recreate the back alleys of Mudfog.

Utilising Slick GS and Litec QX30 truss to create the floating platforms they were lifted in to place on EXE Rise 250kg electric chain hoists then suspended on rigging incorporated in to the set and the hoists removed.