LibraCELL: The LibraCELL is the shackle at the heart of Libra system.

LibraCELL is a load measuring shackle which, when combined with the other elements of the Libra system, produces accurate, real time load information.

The load cell itself features the Libra shackle pin, which is designed to work exclusively with the world-wide recognised Crosby safety bow shackle. This innovative design means there is no loss of headroom as the load cell is built right into the shackle, a direct replacement for the famous ‘red pin’. The Libra shackle maintains a safety factor of 5:1 up to the full rated load stamped on the side of the bow.

Built into the load cell is a highly visible LED display allowing users to view the live load as well as input a tare value and switch between kg and lbs, all via an easy to use menu system.

More information on the LibraCELL

LibraPRO relay outputs can be utilised to trigger alarms or beacons to warn of underload or overload situations.

More information on the LibraPRO

When used in conjunction with the LibraView software, data from the load cells can be viewed, grouped and logged easily. A USB socket makes connection very simple.
The Libra Basic is powered by an external universal power supply that allows the system to be used anywhere in the world.

The Libra Basic can power up to 25 Libra load cells from the single XLR4 connection on the front of the unit.

More information on the LibraBASIC

LibraVIEW: LibraVIEW is the software that accompanies the Libra system.

It works in conjunction with LibraCELLs, LibraBASIC and LibraPRO controllers. The software enables users to get a live readout of weights placed on LibraCELLs, as well as offering logging and archiving facilities. These are available in kg or lbs.

The LibraVIEW software allows all activity to be logged and exported to a Comma Separated Value (.csv) file which can be opened by any text or spreadsheet application. It is also possible to automate this process to archive logs.

When used in conjunction with a LibraPRO controller, relays can be triggered when an underload or overload is detected by the LibraCELLs. These relays can be programmed to trigger sounders or visual warnings as well as triggering an emergency stop.

More information on the LibraVIEW 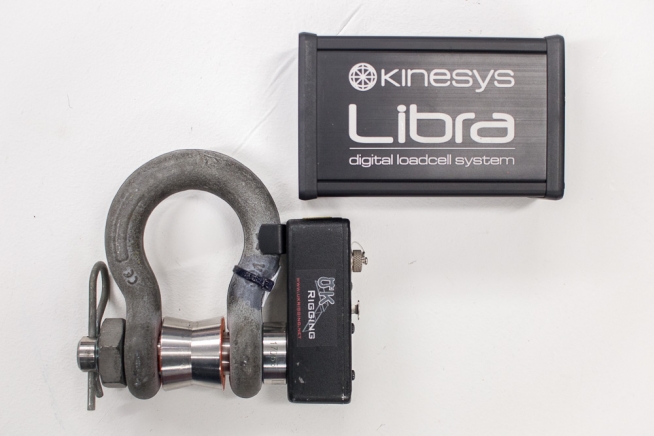